The Power of Perceptions

Leanne Pilkington takes a closer look at the concept of social perception within the real estate industry, including what she has learned from others’ perceptions of herself as an industry leader.

My recent inclusion in The Sydney Power 100 (i.e. Sydney’s most influential people according to The Daily Telegraph) has me thinking a lot about perceptions; how peoples’ perceptions can vary dramatically and how those perceptions are formed. 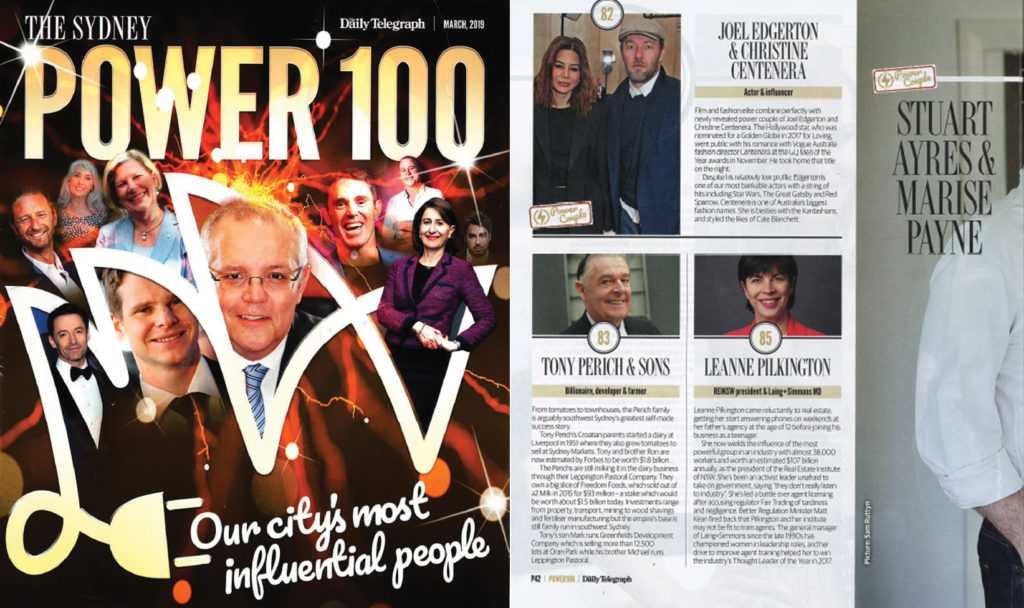 The reality is I was on that list by virtue of my two positions and my recent willingness to take a strong stance against the lack of action the government is taking in relation to improving the education and training standards in our industry.

And, despite a number of colleagues now referring to me as “Madame 85”, it doesn’t match with my own perception of myself. But, as I have come to discover, it does match with some other people’s perception of me.

My sister tells a story of a recent event where someone said to her you are “so lucky” to have Leanne as your sister because she is “so inspirational” – to which my sister almost choked on her champagne!

She and my brother now mock me about how “lucky” they are! Their perceptions of me are a little less on the “inspirational” side and are a little more towards the “crazy and a little bit hopeless” direction.

Someone else told me they loved the way I walked. I know, right? Apparently I move with “grace and confidence” and that gives an aura of power and influence. They obviously haven’t seen me on the dance floor!

And, of course, my detractors on social media have a completely different perception, but I don’t feel the need to share any of that here!

This all got me thinking about the way I want to be perceived, which is…

Someone who does what they say they are going to do, who takes action, who acts with intention and good humour, who supports anyone who wants to have a crack and try something new, and who holds other women up to encourage them to be brave and become who they want to be. (All whilst wearing great shoes!)