Catch Up With The Property Girls USA Ambassador 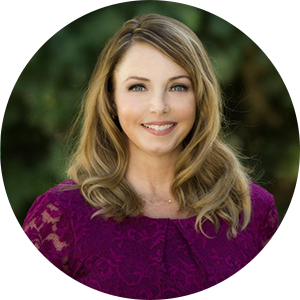 Louisette Geiss was one of the first silence breakers to come forward publicly against Harvey Weinstein, placing herself in an extremely vulnerable position against a movie-mogul powerhouse. Though she had just given birth six weeks prior, she felt it was her duty to stop a predator given his termination, and she stepped up in a big way. At the time, few women were willing to put a name or face to what we now know as the #MeToo movement. Louisette alongside her original attorney, Gloria Allred, came forward publicly just days after the New York Times and New Yorker articles were released, and the rest is history. Louisette Geiss is now the lead plaintiff in the class-action lawsuit against The Weinstein Company, which is being prosecuted by lead class counsel Beth Fegan at Hagens Berman Sobol Shapiro LLP. Louisette is also the chair of the Unsecured Creditors’ Committee in The Weinstein Company bankruptcy.

Louisette Geiss was a working producer, actress, singer, and writer for over 20 years but left the entertainment business after her experience with Harvey Weinstein. Louisette was best known for her work as an actress in shows such as Two and a Half Men, King Of Queens & Wishmaster, to name a few. She also sang professionally in many national commercials and performed at the Grand Ol’ Opry which propelled her to owning her own award-winning, music company. She had such clients as Royal Caribbean, Motorola, Splenda, Nissan, Merck, Lexus, etc. Louisette knew she had to leave the entertainment business though as the complicit rape culture, fear and sexual harassment continued to rage on in Hollywood at the time.

Louisette reinvented herself and moved into social media, working with Buzztone, Evite, the Oscars, and many well-known executives, whom she can’t mention as she wrote and created their content for years. She became a legal guardian to a 7-year girl whom she heard needed a home and decided to try the corporate world so she may be more accessible to her child. She first enjoyed working in escrow but was then heavily recruited by a well-known title insurance company and now enjoys a career as a Vice President of Sales. Louisette now has 4 amazing children, a wonderful husband and is still dedicated to creating a new reality for all women and men in any industry. She strongly believes that no one should be subjected to the frightening power dynamic that existed for so many years.